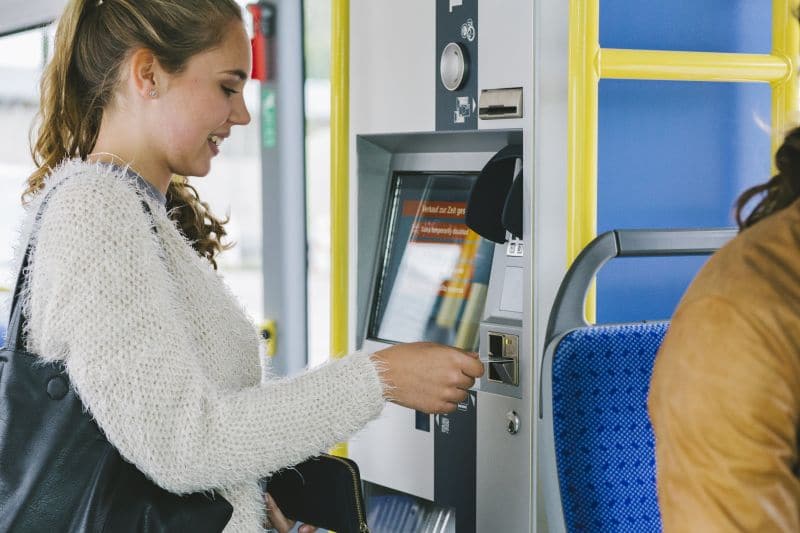 At CCV, we like to keep our finger on the pulse of public transport innovation, especially when it comes to payments. Our articles and eBooks about public transport have talked about Mobility-as-a-Service (MaaS), and we’ve already spoken to James Timperley about the challenges and opportunities of open-loop payments — with specific reference to TfL’s contactless ticketing system. 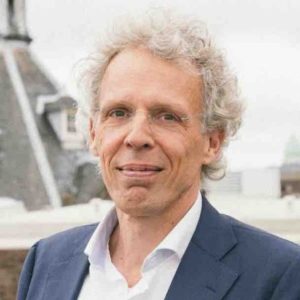 In this interview, we’re lucky to speak to a man who helped introduce a Dutch national treasure: the OV-chipkaart. Amazingly, he recently started working on a program which will bring about the demise of his own creation — the project to get EMV payments up and running on Dutch public transport.

Ap Bijl is the Programme Manager at OV-betalen — an initiative by Coöperatie Openbaar Vervoerbedrijven. He is a passionate IT expert, with a hands-on approach to technical innovation. Having joined the programme in mid-2019, Ap is now tasked with navigating the technicalities of making open-loop payments a reality. In this article, we’ll learn why — and how.

Background: Ap and the OV-chipkaart

The OV-chipkaart is a product that every Dutch resident knows about. The scheme allows travellers to top-up their account and travel on bus, train, tram, or bicycle (“OV bike”) anywhere in the country. It’s one convenient card for multiple modes of transport.

The OV-chipkaart achieved full nationwide coverage by 2011, and has been a constant presence in Dutch wallets and purses for many years. Since the first customer activity on the system in 2005, there have been more than 20 billion transactions. Last year, there were 2.7 billion OV-chipkaart transactions — more than the total number of contactless bank card transactions in the Netherlands.

Ap was an integral part of the OV Chipkaart team from the start.

I have a rich IT background, and started working in e-ticketing for public transport back in 2004 for GVB in Amsterdam. Soon I joined up with Translink,responsible for transaction processing for all carriers in the Netherlands, and that was the year we started developing the OV-chipkaart. I worked on the OV-chipkaart for a total of about five years, and by the time I left the organisation, it was well-established in the Netherlands.

After a four-year stint as at G4S where he became IT Director, Ap joined the Noord/Zuidlijn in Amsterdam as ICT Contract Manager. In June 2019, he took on the role as Programme Manager for OV -betalen. But what is the overarching mission of the OV-betalen programme?

The mission is to reduce barriers in public transport and increase the travel and payment convenience by opening up Dutch public transport to various payment methods (next to a new account based “closed loop” OV-chipkaart) that will enable travellers to use smartphones, EMVC (contactless NFC) bank cards and QR codes.

The programme aims to have all of the technology ready for public transport operators in 2021, with the full migration due to be completed in 2023. After this point, the OV-chipkaart product will no longer be supported by back-office infrastructure.

The Coöperatie Openbaar Vervoerbedrijven is a shared initiative involving the major Dutch public transport operators, including Arriva, Connexxion, EBS, GVB, HTM, Keolis, NS, Qbuzz and RET. It is a well-known fact that a barrier to payment innovations in other countries has been the lack of collaboration, so what makes this work possible in the Netherlands?

Ap attributes this success to the “Polder model” — a consensus-based approach which has its origins in the Middle Ages, when Dutch communities worked together to maintain dykes and water pumps. It was more recently adopted for rebuilding the country after World War II and has shaped social and economic policy ever since, due to the constant authority of a coalition government in the Netherlands.

Put simply, Dutch culture is set up to embrace collaboration and collective action. This is why Ap and his fellow programme director Bas van Weele believe disparate stakeholders are able to come together with a bigger vision in mind.

What I see is a tremendous will to work together. There is an energy to find the solution, which I believe is unique in the world. I’ve spoken to operators in many different countries over the past 15 years who want to start the same journey, but they simply can’t achieve our level of organisation. We succeeded in bringing together stakeholders for the OV- chipkaart programme, and now this is a firm basis for a nationwide rollout of EMV ticketing in public transport.

In other countries, the resistance to collaboration is fed by the fear of losing out on profits and/or market share. How does the OV-betalen programme navigate this problem in the Netherlands?

If you’re in this purely to increase profits, that’s the wrong attitude. The truth is that we aim to create a profitable business case for every stakeholder. But we’re all on this journey together, and we’re not entirely sure where it will end up. With this uncertainty in mind, it’s even more impressive that we can bring everyone together with the common goal of creating a better experience for the customer.

The technicalities of migrating to open payments

As you’d imagine, migrating a whole country’s public transport infrastructure over to EMV payments is no mean feat. The technology has already been tested on the line between Leiden and Den Haag, with great success. But with more than 60,000 pieces of equipment that need to be upgraded all over the network, there’s a lot of work to be done and plenty of difficult problems to solve.

Most of the complexities lie in building and integrating a new back-office system. The old system suited older technology, and most of the information was stored on the OV-chipkaart itself. In the new world, the critical information will be stored and managed in Translink’s  renewed back-office.

The programme has taken inspiration from major projects around the world; specifically the TfL open-loop payment rollout in London — but also schemes in Chicago and in the Czech Republic. They have also enlisted the help of academics, and worldwide vendors who use the technology in-house. Early research has highlighted a few ways that OV-betalen’s project can improve on what’s already been done.

Just one example is in London, where travellers can’t see what they’ve been charged as they tap out and leave the station. This is frustrating, but there are a number of ways to overcome this in the Netherlands. We can show the cost of a trip on the terminal itself, or create a basic smartphone app which feeds trip data to the user’s device. Alternatively, there could be a machine at the station which shows recent trips and transactions. There are a lot of solutions, and it’s up to us to decide which works best.

This is an ambitious programme, and will to keep the Netherlands at the forefront of public transport innovation. There are of course plenty of technical challenges, but there are also social obstacles when changing the status quo. Quite frankly, the OV-chipkaart is an extremely popular product!

Most consumers adore the OV-chipkaart. This is an interesting place to start when you’re building something new. At the moment, the OV-chipkaart is rated 8.2 out of 10 for convenience — and this has been a consistently high score over recent years. We need to make sure that people have total faith in the new system, and that means it needs to work from the word go.

There are huge real-world advantages that are certain to win over the doubters. Firstly, nearly everybody has a contactless bank card — and this will become ubiquitous in 2023. Therefore, the switch to a new system doesn’t require anything new. And on a practical basis, there will be no need to actively top-up, plus the €20 minimum for NS train travel will no longer cause inconvenience.

Of course, there will always be groups of people that resist the migration. And there will also be public transport operators that find it difficult to implement the new payment technologies. It’s our job to support these stakeholders through the transition — and to help wherever we can. However, we must also be firm and stick to our shared mission resolutely. The scheme is already getting national publicity, so we’re sure that the public will be ready for the upgrade as soon as it comes.

Thanks to Ap Bijl for his contribution to this article. You can read more about his work on the Coöperatie Openbaar Vervoerbedrijven website.

Get in toucDo you want to know more about CCV’s self-service payment solutions for Dutch public transport?

Feel free to share this article on social media: