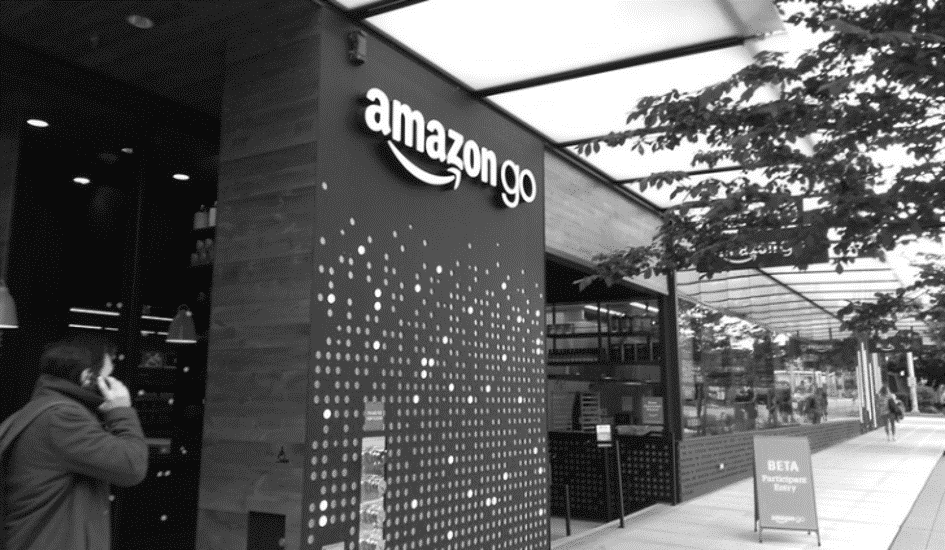 It was ironic when Amazon announced Amazon Go. The ecommerce giant, which some say heralded the closure of many traditional retail stores, wanted to embrace bricks and mortar again?
However, the idea behind Amazon Go was anything but traditional. A store without any tills or cash registers? Just walk out without paying? Sounds more like wishful thinking. But it has proved a success for Amazon. Since launching in January 2018 it has opened over 20 stores across the U.S.
The Amazon example shows how biometrics can support a frictionless payment experience. And even if that technology is not yet mainstream, the trend is something business owners should keep an eye on in 2020.

The magic behind Amazon Go

When entering an Amazon Go store, shoppers are asked to confirm their entry using a QR code on their Amazon Go app. From there, it’s an entirely hands-off experience.
A system of cameras track shoppers as they move through the shop, picking items up and putting some of them back before finally settling on what they walk out with. Once they leave the store, they’re emailed an itemised receipt and charged for what they’ve taken.
The accuracy of the receipts leads many to wonder exactly what information those cameras are tracking. While Amazon has yet to completely reveal its magic trick, it seems that biometrics – facial recognition, height and weight and other aspects – are in play.
The question is, can biometrics replace the identity aspect of the buyer’s experience? Instead of having to take out a card or cash, can you simply ‘use your face’ to pay?
The answer, despite the success of Amazon Go, is still to be determined – the technology isn’t widespread yet. But the case is certainly being made for biometrics as a viable element of payment technology. 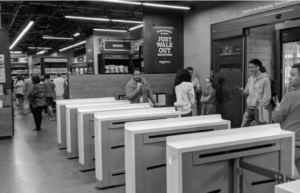 The use of biometrics in payment may be worthy of a debate. But its potential to radically change the way we pay for everything is undeniable. In Europe, biometrics are already being used for smartphones, which require a fingerprint to pay with a mobile wallet. Banks are trying debit cards with a built-in fingerprint reader in the U.K. to replace the chip and pin. Both tactics are used to increase payment security.

There’s potential in the future for voice and face recognition – as it has already been introduced with Amazon Go – as long as businesses can find a way to stay compliant with the General Data Protection Regulation (GDPR). If they can, traditional purchases could all but disappear from the buyer’s journey as invisible payments become the norm.

Regardless, expect to see security move to the forefront of payment solution providers’ minds as biometrics enables them to create much safer payment solutions for consumers.